In Episode 61, Disenfranchised Grief II, we continue to delve into the trauma and pain mourners feel when they can’t fully express their loss after a loved one’s death and how to help ourselves cope.

Whether you are grieving a secret relationship where your partner dies and you can’t fully mourn publicly for their death, or perhaps someone has taken their life and shame and embarrassment make it difficult to share the circumstances surrounding their death, these are forms of disenfranchised grief.

Listen in today to learn more about how to deal with these difficult deaths.

To see my signature Heart of Gold “I Remember” Tees, Hoodies and other products at The Mary Mac Store, either for yourself or as a gift for someone grieving the death of a loved one, please go here. Remember, a portion of all proceeds help fund The Foundation for Grieving Children, Inc., the first national non-profit public charity which benefits children, teens, young adults after a loved one’s death which I established many years ago. 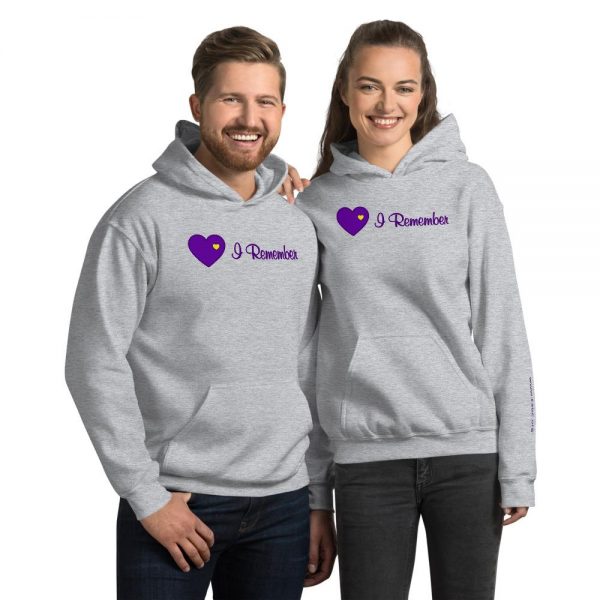 Visit the “I Will Remember You – Grief Support and Grief Quotes” facebook group which helps you connect with others who are grieving. This is a wonderful private group originating from Australia, which you can join, where you can vent and share your story. Tell Shar we sent you!

Crisis Hotlines with outstanding counselors who are standing by to listen to your pain and help you. Excellent way to release your pain today.

If you are feeling shame either because you’ve imposed it on yourself for what you “think” a certain death means to you, or because others are making your feel that way, you might find solace in this EFT Tapping Video by Arianna Opper, D.O. She has a very soothing voice and aura.

If you’d like to explore her other videos, please go here.

And remember to sign up for my private list below, so we can always stay in touch.

As we honor the servicemen and woman who bravely defended our nation and its people, and gave the ultimate sacrifice, I am reminded of this article from several years ago which gave a very telling view of the disenfranchised grief a fiancee find themselves after their beloved was killed.

At Becky Reid’s flower shop, just across the bay from Mobile, Ala., the wedding season extends well into fall. In normal years, Becky is exuberant about business as she works late on Thursday and Friday nights twisting roses and lilies into bridal bouquets.

But this is not a normal year.

Her fiance, a gentle giant of an Alabama National Guardsman named Christopher M. Taylor, 25, was killed Feb. 16 by a bomb while on a convoy in Baghdad.

She quickly learned that the emotional trials and practical challenges of being a war victim’s survivor, without the official status of “widow,” placed her in a uniquely vulnerable group. But it’s the emotional struggles that hurt most.

Now, late on Thursday and Friday nights, Becky can be seen through the windows of her shop bending over her tables with a cell phone propped between her shoulder and her ear, chit-chatting with her friend Laura or her father while she crafts corsages and bouquets.

She desperately needs the distraction of a conversation to keep her heart from aching over what her hands are doing.

To chase off worries during the nine months Chris was in Iraq, she dreamed on nights like this about the floral arrangements she would make for their wedding. Now she’s making corsages for other brides, reminders of the nuptials she and Chris will never have.

“OK, so, I don’t want to sound like this Southern gal who’s telling you about losing the love of my life,” says Becky, 24. “I had the normal dating life — five years of fending off dirtballs and jerks. Then I finally met a man who knew how to treat me right and would help me on with my jacket at a restaurant, or help start my car. Well, he’s gone now. He’s not coming back from Iraq. Eight months later, I’m still devastated, but all my girlfriends are asking why I’m not dating yet.”

This is just one of many emotional challenges for fiancees or steady girlfriends of soldiers killed in Iraq, a generally ignored group of survivors. Because they fail to meet the Department of Defense’s technical requirements for next of kin, fiancees do not qualify for the generous death and insurance benefits awarded to immediate families.

The families of their fiances often reject them as financial threats or painful reminders of the son they lost. Girlfriends insist they should “get over it” by starting to date right away. Men consider the grieving fiancees uniquely vulnerable and lunge at them at parties or in bars.

“This is a group of survivors from military deaths who . . . fall through the cracks,” says Bonnie Carroll, an Air Force Reserve major who founded a nonprofit organization, Tragedy Assistance Program for Survivors, after her husband was killed in an Army National Guard helicopter crash in 1992.

TAPS has created a national network of peer support mentors, hot lines and chat rooms that support families and friends affected by a military death, and has even persuaded Veterans Affairs to accept fiancees and other survivors for counseling and grief therapy.

“The Department of Defense is forced by its regulations to look at very fixed things,” Carroll says. “Who is legally authorized to receive benefits? Who is legally authorized to receive a body? Well, fiancees, siblings, even the parents of a married soldier just aren’t included in these legal definitions. But their problems can sometimes be just as great as the next of kin and they can take years to heal.”

“It’s clear that at least 25 percent of active duty personnel are either engaged or have a strong attachment to a significant other,” Ender says. “In Iraq alone, we’re talking about 25,000 soldiers with a connection back home that’s very meaningful if they are injured, missing or killed. The results can be both emotionally and financially devastating, especially if it is, say, a woman back home relying on a soldier for financial support.”

Sara Patch, a dormitory manager at Connecticut College in New London, who lost her fiance in a Marine helicopter crash in 2001, grew closer to her fiance’s family after his death.
She is familiar with all of the social problems Becky Reid experienced and points out another problem that often occurs with military fiances. She and her fiance were planning to share the house he had bought in North Carolina just before he was killed, and she already had quit an earlier job at Smith College to join him there.

“I suddenly found myself homeless and unemployed, but I had a wonderful family to support me,” Patch says. “But what about the thousands of military dependents who don’t have that? The reality is that, today, after people are engaged they are already living together, [they’ve] bought a car and are already one. But if you’re not officially the widow after your partner is killed, no one really knows what you’re going through. There’s nothing for you.”

Patch also got in touch with TAPS and participated in its chat rooms. Now she is active in the organization and helped organize, and will run in, the Marine Corps Marathon in Washington on Sunday to raise funds for the group.

Meanwhile, Becky Reid is still working late Thursday and Friday nights, crafting flowers into bridal bouquets. She still struggles with memories and regrets about Chris. Eight months after he was killed, she’s convinced she’ll never find someone else like him, and worries that she hasn’t progressed more with her grief. She feels lonely and misunderstood when her girlfriends goad her to start dating again.

But one thing has changed. Becky has started regular visits to a grief counselor at the Veteran Affairs center in Mobile, free consultations that were arranged through TAPS. Recently, she told her counselor that she was feeling low again, stalled in her grief. Should it take this long?

“My counselor told me that she lost her husband 13 years ago, and she’s still working on all the issues,” Reid said. “Do you know how great that felt? Somebody is telling me that I’m normal. I’m not all alone.”