Today marks the third-year anniversary of The Mary Mac Show podcast and I wanted to share the celebration with all my listeners around the world in 90 countries. Listen here!

We are thrilled that so many individuals from various backgrounds and cultures have graced us with their presence to learn more about how we grieve the death of a loved one.

We are also excited to share our new patreon account so that you might support our podcast with a small contribution each month, but also we now have a way to offer you Livestream Events which will welcome you to join our Bereavement Support Groups to teach on a different topic with each meeting and answer your questions live.

In addition to a general bereavement group, we are offering a very unique group specifically for those who have experienced the murder of a loved one.

You can go to our patreon page or click on the link on the right side margin of this page. Sign up as space is limited. We look forward to helping you move forward on your journey.

Meanwhile, I’d like to thank all my dedicated listeners around the world.

Please subscribe, rate and review wherever you listen to me and share with those who may benefit from this knowledge.

Visit here to pick up my free ebook 21 Things You Must Know About The Grieving Process.

I honor you, I appreciate you and I send my blessings to you!

Today marks the second-year anniversary of The Mary Mac Show podcast and I wanted to share the celebration with all my listeners around the world in 97 countries. Listen here!

Last year on our first anniversary, we celebrated with listeners in 48 countries – a 100+% leap! How fantastic is that!

Thank you to all my dedicated listeners around the world.

Please subscribe, rate and review wherever you listen to me and share with those who may benefit from this knowledge.

Visit www.MaryMac.info to pick up my free ebook 21 Things You Must Know About The Grieving Process.

I honor you, I appreciate you and I send my blessings to you! 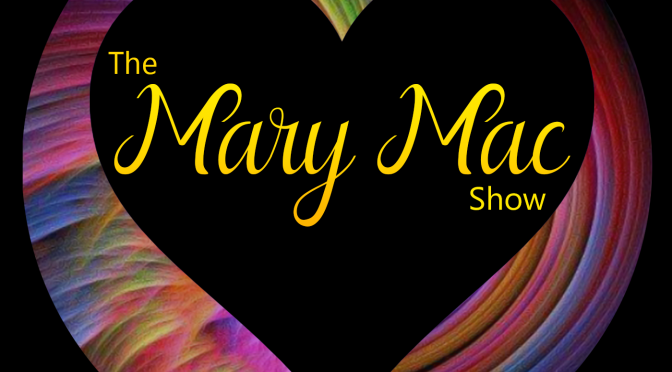 In this week’s episode we look at how we can help ourselves as we approach their birthday and the anniversary of their death each year.

In the first several years, this can be a source of dread, panic and anxiety mostly because you aren’t sure how you will handle it, what you will do, what plans you should make, if any, and what the world, your family and even yourself expects on these days.

You might be surprised to learn the thoughts in our head leading up to that day may have trumped what will really happen for you.

We have these images in our head and often the day of their birthday or anniversary is not as horrific as you made it out to be.

So be kind to yourself and listen in to Episode 44 to learn various ways you can help yourself as you approach their special days.

Leave your comments below.

Consider making a contribution in honor of your loved one to The Foundation for Grieving Children, Inc.  Your one-time or monthly recurring donation will help young ones, teens and their families learn to cope and recover from the death of a loved one early in life.

Meditation Videos to help you rest. Choose which resonate with you.

Grab my free ebook, 21 Things You Need to Know About the Grieving Process, right here on my site.

Also, I hope you will help support my podcast by using the links on the site. It would be much appreciated.

This Saturday will be the 20th Anniversary of my beloved grandmother’s death at the age of 93. And I still think of her often and I miss her.

I miss her when things get tough and she’d remind me how strong I was. She’d be there to snuggle up against, just as I remember I would as a young child.

There are so many wonderful memories with her…driving to Jones Beach for dinner and her favored Manhattans. Who said 90 year-old grandmothers are not allowed to indulge too! Or the time we bought a plant of silk violets and her roommate watered them thinking they were real. Or how she would hold my little Shih-Tsu Daisy and talk to her on the terrace, as pictured here. They just loved each other so much.

As time goes on, we never forget those who loved us and whom we loved, no matter how long it’s been since they have died or were killed. Love doesn’t leave us, just because they have.

Actually, I think it remains in our spirit and is embedded within our soul. The best part is death can never take those feelings from us. Nor can anyone else.

We may fill the void with other new people who enter our lives, but the special bond we shared can never be exactly replaced.

They were unique. Our relationship was one of a kind. And even twenty years later, I smile at the wonderful times we shared, re-read the notes I found in storage which she would send to me at college. Look at the pictures, reminisce from time to time.

The sting of grief is no longer there. But the memories and the love will stay with me forever.

Understanding Your Grieving Heart After a Loved One’s Death will help you on your journey. Tell me your experiences and memories by sharing a comment.

When I look back on my life, there are a few days that stand out with such significance that I can’t help but acknowledge them, regardless of the pain.

And while there are happy days I can recall, like when I completed both my degrees, when I was given wonderful awards for my work, when my books were published, there are several difficult days that I’ve lived that caused me and those I’ve loved great trauma.

One was the death of my beloved grandmother, who lived, almost exclusively, a healthy life till her death at 93. She was my anchor when life handed me difficult times while growing up.

Another was my little dog, Daisy, who brought me so much joy every day for almost 13 years. My constant companion, she was always there to snuggle with when I needed her most.

But there was one particular day that, when I look back on my life, shaped and changed who I was and, even though I had helped so many in my life before who had struggled with bereavement, it was her death that catapulted me into leading support groups, writing books, speaking, and starting a national foundation for grieving children.

A 10 year old who came into my life when I met her father. Her older brother was then 13 and younger just 9.

I remember her bubbly personality, her courage to ask me those most pressing questions you’d never think would come out of the mouth of such a young lady. But I answered every one and she went away satisfied.

Many who knew her longer than I described her as a firecracker. And for the short time I knew her, they were right.

I specifically remember how much she loved shopping together. How she couldn’t choose between the pink or blue cotton candy.

Or the last holiday she and her younger brother spent with us. It was Easter, 1984 and I made a special dinner for us.

At one point after dinner we took a long walk together. I wanted to purchase film that day to take a few pictures but we didn’t pick it up. And that moment was lost to me forever.

Because just a few short months later on this day in 1984, that bright, bubbly young girl was murdered on Long Island.

And what followed were 18 years of an unsolved murder.

It took until 2002 to have enough evidence to charge the initial suspect and another two years to go to trial.

We endured a six-week emotional rollercoaster from the time they began picking a jury for her 20 year old murder, to the time he was convicted.

I often wonder what life would have been like if she were still here with us. Would she have been in my bridal party when her father and I married?

Would she have studied for a college degree? And what career might she have chosen?

But today, I guess there is a part of me that, as my stepson texted me today, which says “I can’t believe it’s been 30 years.”

And he is so right.

Rest in Peace, Angela. You were with us for far too short a time, but the impact you had on our lives, both in life and death, will remain forever.