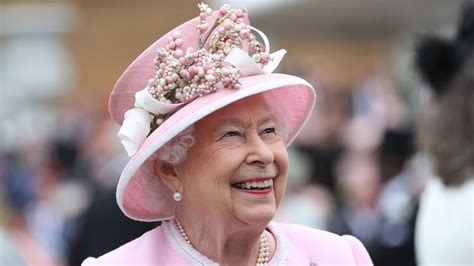 There are only a handful of experiences in one’s life that we would consider significantly important.

And the death of the United Kingdom’s Her Royal Highness, Her Majesty Queen Elizabeth II, is one of them.

While I’m not a citizen of the UK, my family heritage touches Scotland and Ireland and I feel a great affinity to the people of the UK and its monarch.

I’ve studied British History since I was a youngster having read countless biographies, watched documentaries and followed its good and not so good history.

Last year I created a commemorative episode to honor HRH Prince Philip after he died just shy of his 100th birthday. Ironically, he died on my birthday and I spent hours watching the tributes online and on television.

When his custom-made Range Rover was being driven to pick up his casket for the service, I was overcome by the beautiful music that the military band was playing. Here is a snapshot of when they played “I Vow to Thee, My Country” a beautifully solemn hymn:

And here is the episode I created when he passed on and the corresponding blog:

But on Thursday evening, 8th of September 2022, Her Majesty went on to be with her beloved husband almost one and one-half years after his death.

Only two days before, on Tuesday, she welcomed her 15th Prime Minister, Winston Churchill having been her first.

This week, in Episode 146, I remember HRH Queen Elizabeth II and the 96 years she graced this earth and the over 70 years she reigned and wore the Crown.

Her grieving four children, eight grandchildren and twelve great-grandchildren will forever remember her. And we send our condolences on the death of such a remarkable lady.

We also acknowledge all the citizens of the United Kingdom and the Commonwealth Realms who loved her especially those who served her in all capacities during her reign.

You, too, feel the loss and you should always recognize that your sadness is legitimate and honored.

A perfect testament is just by watching the crowds and how they waited to walk past her casket in Scotland and again in London. All the people who lined the streets and waited in line for nearly a day to enter into Westminster Hall to witness history.

My memory of the Queen was back in 1977 when I was fortunate to have visited London with my parents for her Silver Jubilee. We had gone to the theatre one evening and the cab driver pointed out that if we walked down the block, the queen would be coming out after the opera and we might catch a glimpse of her.

My father lifted my camera, and just kept clicking when her car slowly drove by and to our surprise when we returned home, we had gotten a perfect shot of her. I still have that photo and cherish it.

The lights were on in the car so everyone could see her and Prince Philip. She looked so beautiful, waving to everyone.

Another touching tribute was from Paddington Bear on her Platinum Jubilee earlier this year. When he said “Thank you for Everything”, well I was so overwhelmed because at 96 we really didn’t know how many more years we would have with her.

To everyone who is grieving the loss of a Monarch, Mother, Grandmother, GreatGrandmother and Friend, we send you our sympathies and love.

And to the new King Charles III and Camilla, Queen Consort we acknowledge a new reign and wish the very best to you.

A look at Her Majesty’s life:

Her funeral will be tomorrow, Monday 19th September 2022 at 11am British Time, 6am Eastern Time in the US. I will be watching with you.

Bless you, my friend,